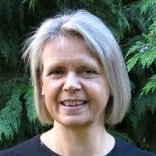 Helen graduated with first class BSc (Hons) degree in Biochemistry from Bath University in 1985. And was awarded a PhD by the University of Birmingham (1989).  She has previously been an academic faculty member at Birmingham University, Leicester University and Aston University where she was awarded a personal Chair in Biomedical Sciences in 2005. She founded the Aston Centre for Healthy Ageing in 2009 and was elected as a Fellow of the Royal Society of Biology in 2011.

Helen is an Editor for Redox Biology and Free Radical Research and serves on the Editorial Board of Biogerontology. She was Chair of British Society for Research on Ageing from 2013-16.